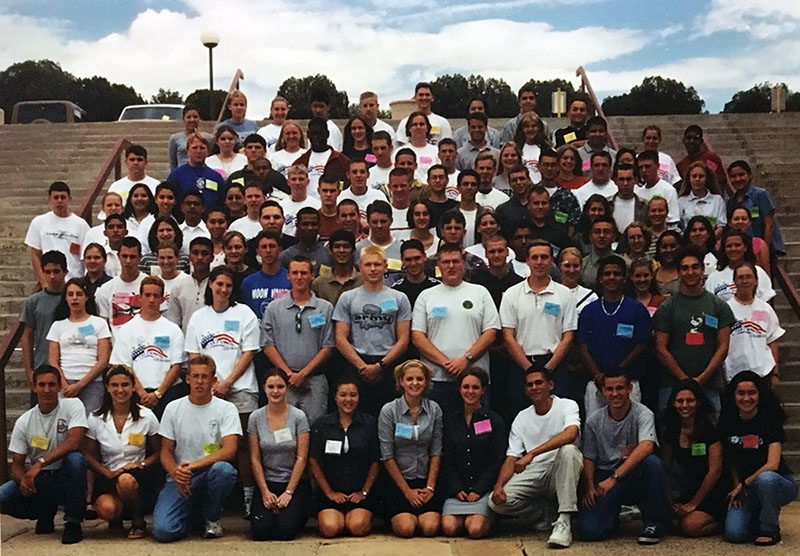 First was a change in location.  This was no minor detail, as Embry Riddle Aeronautical University in Prescott, Arizona provided facilities for all 9 previous AZYLCs.  Early in the planning stages of this year’s AZYLC though, it became apparent that the conference had outgrown Embry Riddle’s capacity and would be forced to find a new venue.

Just as harrowing for the staff in the planning process, the 10th annual AZYLC had a record number of students sign-up.  The AZYLC has grown steadily over the last nine years, but this year saw a considerable bump in attendance partly as a result of the Rocky Mountain YLC bringing in 30 students from Colorado.  Although the dramatic increase in registrations was taken as a great sign of the vitality of the program, it represented a huge logistical challenge in concert with hunting for new facilities to meet the needs of such a large group.

True to form, the AZYLC staff handled these dual challenges with ease, scrutinizing possible locations across the state, visiting several of these locations, and finally securing facilities just down the road from Embry Riddle University in Prescott, Arizona on the campus of Yavapai College.

Through the commitment of  staff, counselors and presenters, and the teamwork of the excellent students who attended, the 10th AZYLC went without a hitch.  In fact, it was quite possibly the best yet!

Held from July 11 to July 15, 2000, the 10th AZYLC had just under 100 students in attendance.  Students represented 4 different states; Arizona, Colorado, Texas and New Mexico.  About half of the students at the conference were JROTC cadets, with the others being campus leaders in other academic and extra-curricular activities.  The students quickly formed bonds with each other inside of the 10 groups they were divided into upon arriving.  The students’ diverse interests and backgrounds made for great competition between these groups and resulted in several spontaneous chants of the “group colors” such as Fuscia.

Each day of the Conference notably began with a 6 am wake-up call, followed by a 6:05am group “tune-up” ritual consisting of jumping jacks and other calisthenics to get the students awake and alert for the day’s classes.   Before the students ate breakfast, each day they gathered at the flagpole for a flag-raising ceremony and meditation.  Some students even participated in the flag-raising and lowering ceremonies for the first time in their lives!

Although the patriotic education curriculum was demanding, all the classes consisted of equal parts lecture and hands-on participation workshops.  Students enjoyed the chance to put their knowledge to the test in the hands-on workshops on topics such as leadership, the U.S. Constitution, free enterprise and the Bill of Rights.

Some characters from revolutionary times even made a surprise appearance one day.  Vern Stout and other actors from the Freedoms Foundation of Valley Forge dressed in full revolutionary regalia to give a first-hand account of the drafting of the Constitution and Bill of Rights.  Former President George Washington and is wife Martha even came by to give a first hand account of the revolutionary war.  From these masterful performances, students learned not only bits of revolutionary trivia, but they got a greater understanding of the times and values that brought about the United States of America.

The evenings were the most anticipated part of each day.  Each evening, students and companions would gather for an ice cream social, Bar-B-Que or other event.  Students got plenty of time at these mixers to socialize and talk with MOWW companions.  Many students remarked that they appreciated the time to talk one-on-one with the instructors of earlier classes.  All the students agreed that the time spent making friends from around the country and sharing their experiences with others at the evening mixers provided one of the most memorable aspects of the conference.

Likely, many of these future leaders will meet again when they are the ones running our great country.  Good for us that they’ll know a thing or two about the leadership, the US Constitution, the responsibilities of citizenship, and the proud record of our veterans.